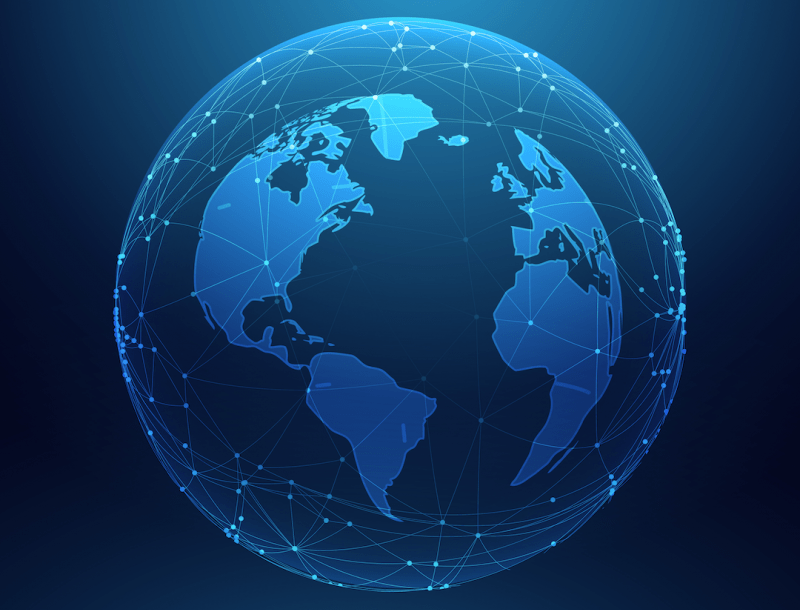 Blockchain – what is it and should you care?

In the 1990’s, if you were fortunate enough to have a dial up modem and could work your way through the complexities of strange search engines and file sharing protocols, you might have caught a glimmer of how much ‘the internet’ was going to change the world.

By the late 90’s the buzz around the ‘internet’ had reached fever pitch and adding ‘.com’ to any proposition was akin to rolling it in gold. Of course this led to significant disappointment when the ‘.com’ boom ended, but for many who adopted the right technologies, at the right time and in the right way, it spurred a complete re-invention of business, culture and fortune. 15 years after the .com boom, the internet has matured and developed to the point where having a strategy around the internet is essential.

In 2017, that same buzz is building around ‘blockchain’. Agriculture is not immune to its charms and recently there has been a lot of excitement around the potential to use blockchain to transform the global food supply chain.

So, what exactly is Blockchain?

Blockchain is the underlying technology that supports bit coin – a fiat currency that is owned by no country and has become a desirable form of storing value and speculating. Blockchain works by creating a ledger of a transaction and storing that ledger on 1000’s of computers around the world. If you have 1000’s of copies of a ledger, spread everywhere, then you know it can’t be hacked or changed. All you have to do when you open the ledger is compare it to everyone else’s copy to ensure it’s the same. The result is something quite special – certainty (trust) without any organisation (like a bank) being the sole custodian of that trust.

Layers of transactions and information can be added to this shared (and distributed) ledger by a multitude of supply chain partners. For example, a grower could use the ledger to confirm that a product has been picked and contracted for sale, while a bank could look at it and seeing evidence of a legitimate transaction – release funds to the supplier, meanwhile a logistics company could see a finalised transaction, book the necessary services and add the relevant paperwork to the ledger.

Given its potential, what is the HiveXchange doing about blockchain?

As a technology company founded upon the principles of trust, transparency and agility – blockchain has been on our radar from day one. We regularly ask hard questions of the infrastructure we use to support our customers, questions such as;

– Is the technology secure?

– Can we maintain it?

– Can we scale it up

– Can we offer great response times at a great price point?

When we applied these to blockchain it became clear that despite huge potential, there are some key challenges in its application for fresh produce:

– Firstly, it’s immature.  As it stands there are not well developed standards or even definitions of what blockchain actually is. There are many flavours of blockchain with changes being made all the time. This introduces risk. Imagine building a house with items that are metric one day, imperial the next, and then something else the day after that. The flux in standard becomes compounded when you add people. Blockchain is new and finding people to support and build it is difficult – as is trying to keep them from being poached by other organisations.

– It’s resource intensive.  Blockchain by definition means you copy things 100’s and thousands of times. Data is electricity, and electricity costs money. Storing data on blockchain is relatively expensive. For example, the energy consumed by the blockchain servers that support bitcoin could power a city of over 1 million people. That is a massive energy footprint for the volume of transactions it supports.

– It can’t commit to a service level.  The copying of all of those ledgers also introduces latency (it takes time to copy!). For a highly variable, volatile market like fresh produce time delays have implications for transaction efficiency and margins.

– It may not be private.  While blockchain claims to be distributed, the reality is that some businesses have grown to dominate the processing of transactions. It is estimated that nearly 3 quarters of blockchain servers are owned by a handful of companies in China. This begs the question, how secure is blockchain and what could these dominant service providers deduce from the metadata they are collecting?

These are some of the current challenges, but the idea of shared and accessible ledgers is without question a game changer.

The great promise behind the buzz of blockchain lies in three “T’s” – transparency, traceability and trust. At the HiveXchange we believe in those three T’s, but think there is a better way right now to build it.

What we have built at the HiveXchange, trust based e-commerce, offers the same real-time, information rich transaction experience without the latency and risk. The difference is in our adoption of mature technologies, that cost less to run and have readily available people. Everything fits and we can design using solid tools and services. Also rather than distributing our software everywhere with a compromised service level, we decided to put our software inside of Amazon’s infrastructure which gives us a service level, security, and a price point for computing power that is second to none. We build trust through our workflow and partnerships with established custodians of trust in the industry – such as Freshcare and Creditor Watch and others.

While it may not yet have generated the same buzz as blockchain, the HiveXchange has built an interactive trade environment that integrates mature technologies with trust based design and thinking.

Will we move to Blockchain?

Almost certainly, but only once we see evidence of standardisation, maturity, a large resource pool of professionals to support it, and more efficient and scalable infrastructure to hold it all together. I lived through the ‘.com’ boom and crash, I saw many companies invest too early in new technologies and infrastructure and pay the price. Great underlying technologies can (and often do) take 10 to 15 years to really mature – you can be assured we will be on the forefront of blockchain innovation when the time is right

Find out more about trust based ecommerce and how it is already supporting transparent, efficient trade in domestic & export fresh produce markets.

Your message was sent successfully